Famously known as the “Pearl of the Adriatic”, Dubrovnik is one of Croatia’s most treasured cities. While the beauty you’ll find within its medieval walls are reason enough to visit Dubrovnik, it’s the wonders that surround the coast and offshore islands that make a sailing holiday in southern Dalmatia truly special. Read on to learn more about boat trips from Dubrovnik that you can make on your own private yacht. 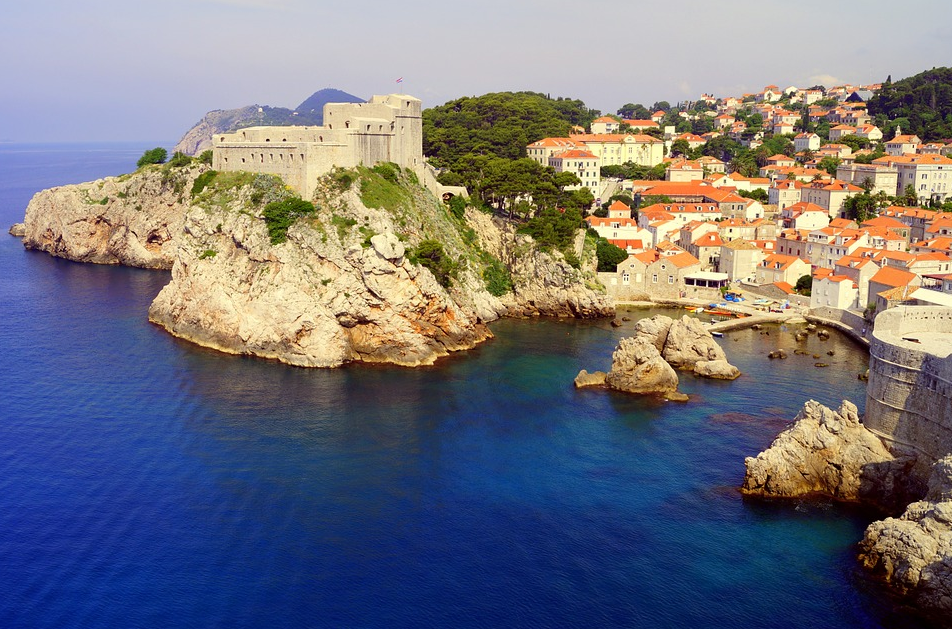 Dubrovnik is Croatia’s most visited city and rightfully so. The stunning walled-city that sits on the southern Dalmatian coast has inspired artists, writers and rulers for many centuries. Dubrovnik’s wonderfully preserved city walls, magnificent churches and splendid palaces will make you feel like you’ve been transported to another time. In addition to it’s sheer beauty and wealth of heritage, Dubrovnik’s importance as a place of literature, art, academia and maritime trade earned the Old Town a place on UNESCO’s List of World Heritage Sites in 1979 – emphasising its value throughout the world. 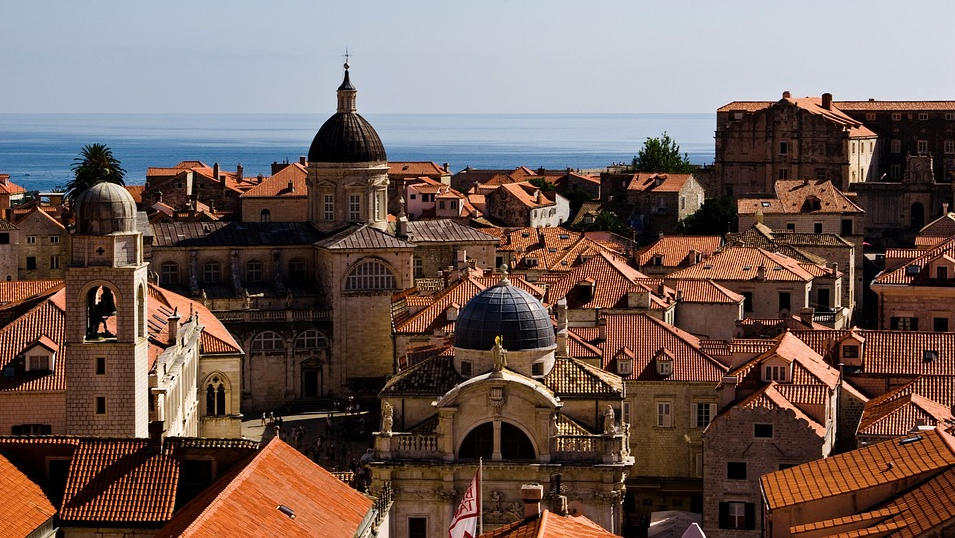 The inspiring town of Dubrovnik is an excellent place to start an island hopping adventure in Dalmatia. Before you depart from your yacht charter in Dubrovnik, here are a few must do’s and see’s in the “Pearl of the Adriatic”:

A holiday in Dubrovnik is not complete without a walk around the city walls, which offer 2 kilometers of fantastic views of the Old Town from above and of the sea below. The city walls are one of the – if not the– most popular attractions in Dubrovnik, so it is advised to head there early to beat the crowds. 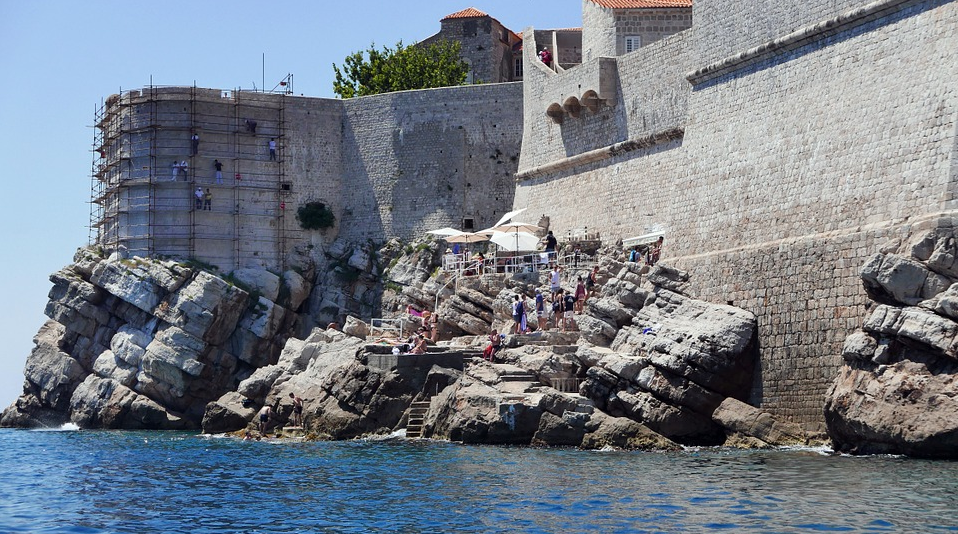 Another great way to see the walls is by going outside of them. Nestled in between the city’s fortified walls and the crystal clear waters of the Adriatic are a intriguing few watering holes. Enjoy incredible views while sipping on a cocktail at a cliffside bar like Buža I and maybe you’ll want to jump in the water to cool down. 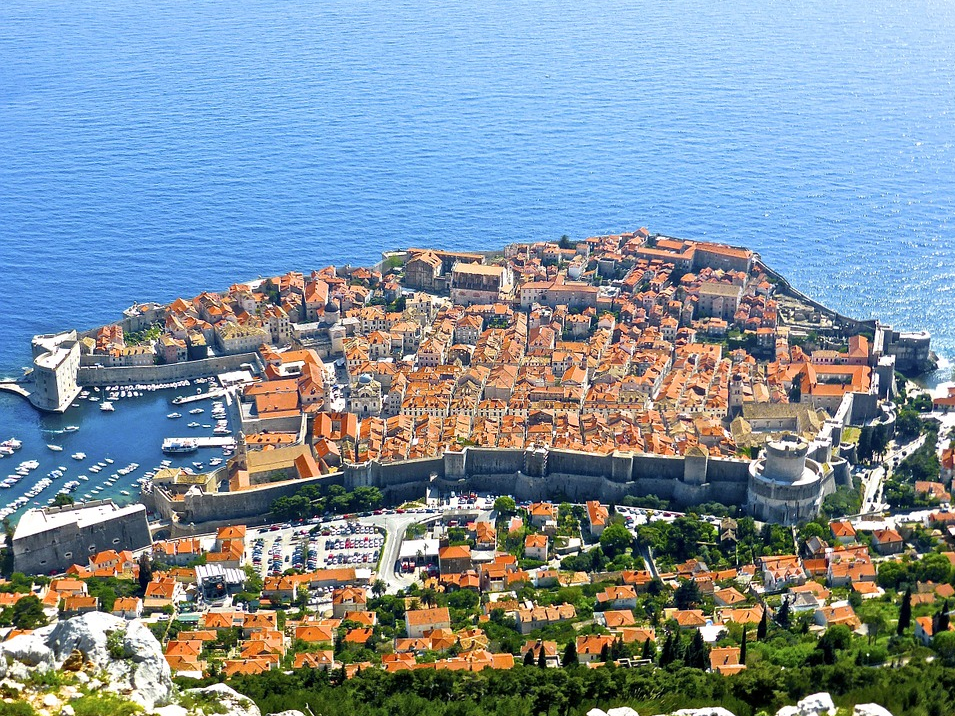 Mount Srd offers fantastic views of the city and surrounding coastline. Take the cable car up from Petra Kresimira Street or, if you are feeling more active, climb up the over 400 meter mountain to take in the scenic panorama.

History lovers will be interested in the well preserved remains of an industrial foundry that were recently discovered under Fort Minčeta. The metallurgic foundry, where weapons were made and bronze was casted, was established in the 15th century and used throughout the 17th century. The archeological remains are presented in an interesting way, so the foundry is definitely worth checking out.

When dining in Dubrovnik, expect simple, rustic dishes that truly bring out the flavours of the land and seascapes. One such specialty is a hard sheep milk cheese that is matured with and stored in olive oil. This type of cheese production has been practiced for many centuries, originally made from a local sheep breed called, ruda. Or if you have a sweet tooth, try rožata, the local version of crème caramel and flan.

One of the most popular destinations for boat trips from Dubrovnik is the island of Lokrum. Only 0.5 nautical miles from Dubrovnik, the green island of Lokrum is an oasis for the senses. One of the main draws of Lokrum is the island’s historic botanical gardens. You might also want to relax on the rocky shore to take in the warm Mediterranean sun or take a dip in the beautiful waters that surround the island. Of course the advantage of taking your own private boat out to the island, as compared to a planned excursion, is the freedom you have to come and go as you please.

After exploring the magnificent Old Town, you’ll want to start an island hopping boat trip from Dubrovnik up along the northern coast. The Elafiti Islands make a terrific first stop at a mere 7 nautical miles from Dubrovnik. This small archipelago is made up of the bigger islands of Kolocep, Lopud and Sipan and 10 smaller islands. Named after the Greek word for “deer”, which at one point of time heavily populated the islands, the Elafiti island chain offers locals and visitors a chance to immerse in untouched nature to relax and enjoy the beautiful surroundings.

Make your way further north to the Pelješac Peninsula. You’ll find most of the activity is happening in historic town of Ston and the nearby port town of Mali Ston. Note: you should not leave Mali Ston before trying some of their famous oysters – you won’t be disappointed!

Wine lovers will be pleased to know that this is a prime wine making region. Sail along the Pelješac Peninsula while stopping to try some of Croatia’s most popular red wines made from the Plavac Mali variety. The sun-kissed vineyards that grow happily along the slopes of the peninsula, such as the one found at Dingač Winery, offer spectacular views of the sea below. In addition to fantastic wines, the peninsula also produces some great liquors, cheeses and olive oils.

For more tips on where to go to try some of Dalmatia’s best wines by boat, check out our wine lover’s sailing route. 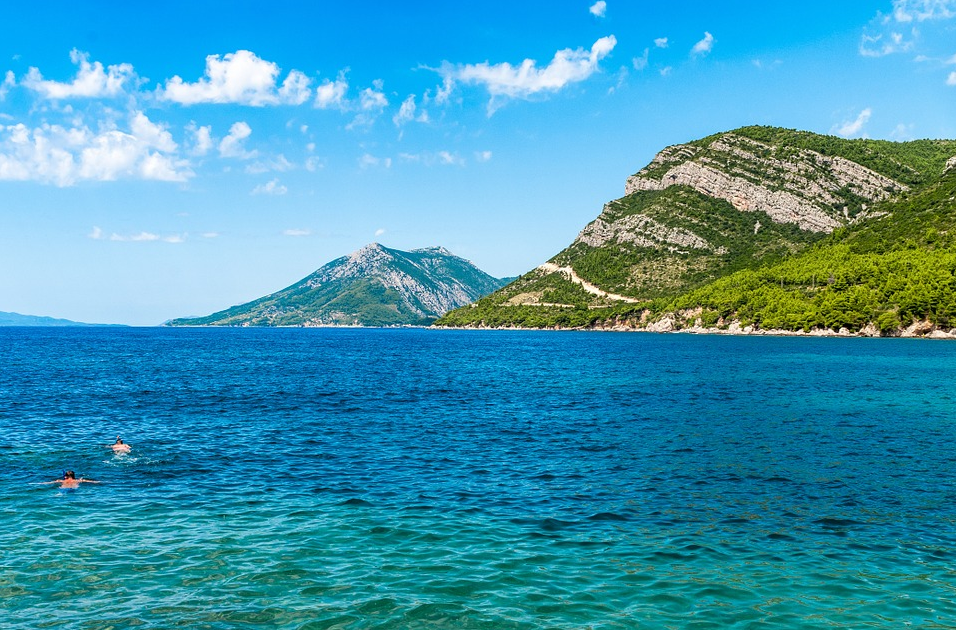 Of course, one of the main attractions for sea lovers are the beaches that adorn the western coast of Pelješac. Make a stop in Prapratno cove to relax on the sandy, pine tree lined beach or the family-friendly pebble beach of Trstenica. For those looking for a bit more action, you can try windsurfing in Viganj on the northwestern coast.

There are several options for anchorages or mooring along the peninsula including Luka Bay in Loviste, Mali Ston and Orebic. 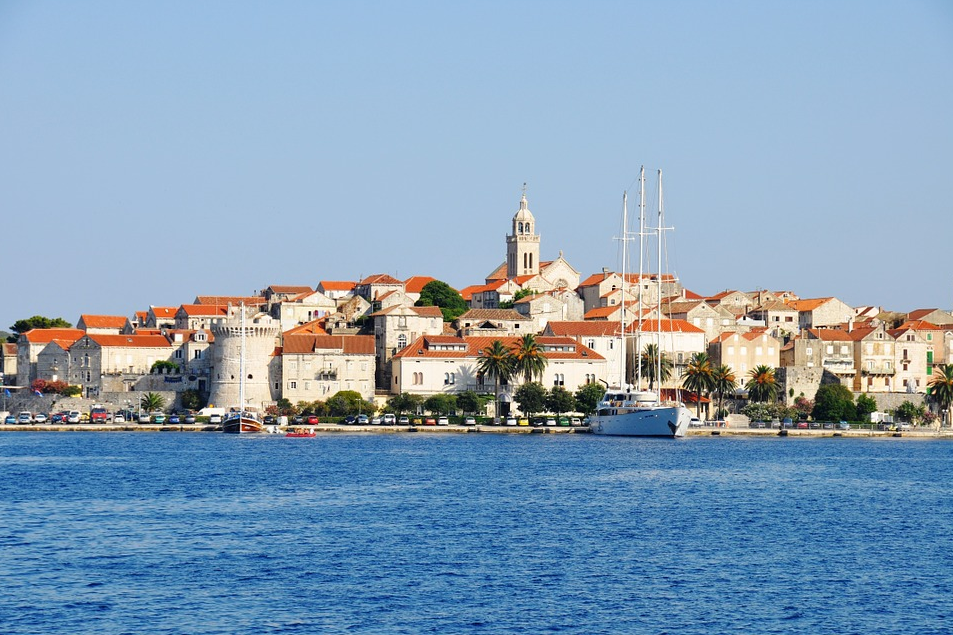 Off the coast of the Pelješac Peninsula you’ll find the island of Korcula, a prime sailing spot due to the pleasant winds that gently blow through the Peljesac Channel. Sailors will also love the many bays and coves that provide anchorages to take a swim or spend the night. The lush island is also a haven for wine lovers. Korcula vineyards produce some of the finest white wines in Croatia, including pošip and Grk varieties.

Make sure to visit the beautiful Venetian Old Town of Korcula before lounging on the beaches of Korcula. Some of our favourite include Orlandusa, Zitna and the pebble beach of Bacva before making your way back to Dubrovnik’s famous harbour.

Make the most of your boat holiday in Croatia by planning your own boat trips from Dubrovnik. Choose from one of over 100 yachts in Dubrovnik for your next sailing holiday.