Home Sailing Culture An Evolution of the Nautical Style 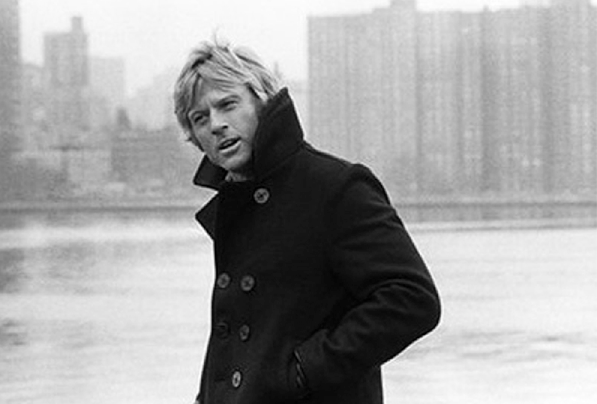 You’ve seen our posts on Nautical Fashion Brands and a Guide to Nautical Clothing, now it’s time to take a look into the origins of some of the most iconic pieces of the nautical style. From the classic Breton shirt to a high-heeled boat shoe, Zizoo gives you a glimpse into the evolution of nautical fashion from its military origins to trendy street fashion.

The Nautical Style. An Evolution.

The Breton shirt was originally designed by the Saint James clothing company in the 19th century for the French navy based in Brittany. At this time, the town of Saint James in Normandy was distinguished for its fine weaving and draping traditions, which is why the Legallais family’s spinning plan (which would later turn into the clothing company, Saint James) was chosen to produce the navy uniforms. Over 150 years later Saint James still supplies the French Navy and Army with their official uniform sweaters.

Through the years, the French striped shirt was favored by many sailors and seafarers in Northern France and later throughout Europe. The shirts were usually made from a heavy cotton jersey or wool to keep sailors and fishermen warm at sea. The 21 navy stripes that adorned the knitted uniform shirts are said to have symbolized each of Napoleon’s fleet victories. It was also believed that the striped pattern made sailors easier to be spotted in the waves if they happened to fall overboard.

The Breton shirt was introduced to the world of fashion after Coco Chanel took inspiration from a trip to the French Riviera. Chanel’s soft, Breton-styled shirts hit the runways in 1917 and helped introduce casual wear to women’s fashion in the pre-war years. Throughout the century, the nautical style became widely recognized and greatly influenced the fashion world after celebrities and artists including Brigitte Bardot, Pablo Picasso, Audrey Hepburn, James Dean and Andy Warhol sported the classic French shirt. 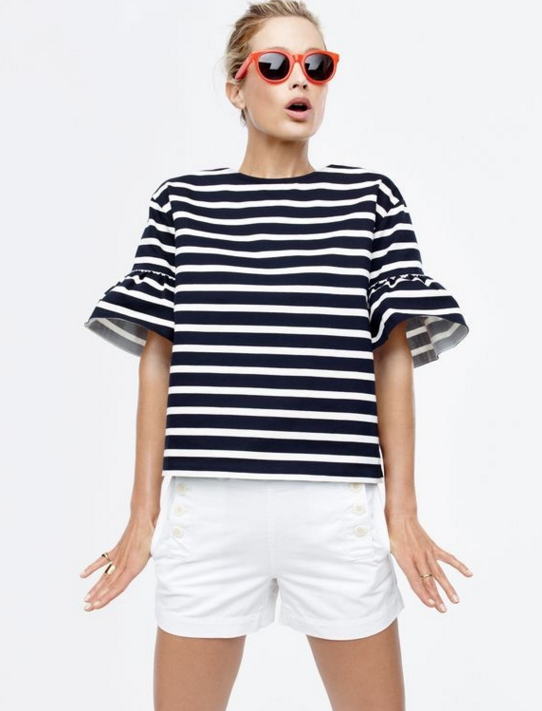 The easy wearability and simple nautical style of chinos have made them a favorite among many today. Like the Breton shirt, these commonly worn pants also derived from military uniforms in the mid-19th century and can be traced back to the Spanish-American War. The name, ‘chinos’ refers to China, the country in which the pants were originally manufactured in while the Americans fought in the Philippines. The twill fabric, originally made of 100% cotton, was used for military uniforms because it was lightweight, yet hard-wearing and comfortable. Prior to brightly colored tunics worn by British armies, chinos featured natural earth-tone colors that later prompted the use of camouflage.

Though originally worn by the American armies abroad, chinos were brought back to U.S. soil after the war as many soldiers continued to wear them in their civilian lives. Soon after, chinos became especially popular by college students and became an essential piece in the preppy, Ivy league look and style. Many movie stars and celebrities, as well as hipsters and Beat poets in the 1950s and 60s also donned the relaxed, yet polished look of chinos.

In recent years, fashion designers and stylists have mixed chinos with black suit jackets to create an intriguing contrast of light and shade. 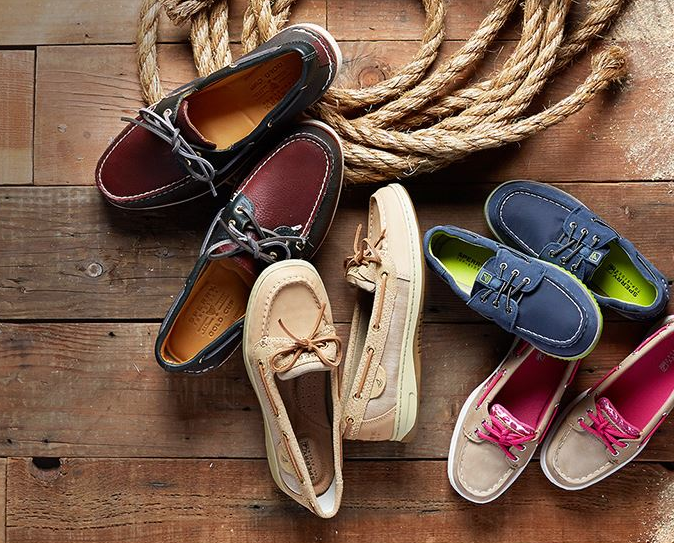 No nautical wardrobe is complete without the addition of boat shoes. These iconic shoes were invented by Paul A. Sperry in 1935, with a simple purpose: provide traction on a slippery boat deck. Sperry came up with the design for the non-slip rubber sole after taking his cocker spaniel for a walk in the winter and realized the pads of his dog’s feet formed a herringbone-like pattern that gave him grip while running across the ice. After some modifications, the U.S. Navy came to Sperry in 1939 and negotiated a deal with Sperry to manufacture his Top-Sider for the American sailors. Soon after, Sperry boat shoes were an instant hit among larger markets and became renowned worldwide for their comfort and long-lasting wear.

Boat shoes quickly evolved from utility wear to a classic fashion item. The mix of leather and canvas provide a more polished look without the sacrifice of comfort and breathability. In 1980, boat shoes were declared an essential and key part of the preppy style in Lisa Birnbach’s, The Official Preppy Handbook. However, boat shoes are used to compliment many different styles today. 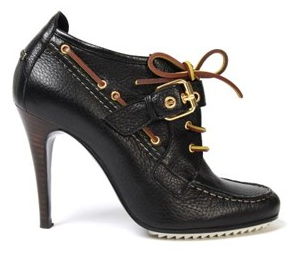 Designer, Pierre Hardy, gave the classic boat shoe a modern update by turning it into a unique high-heeled shoe.

How could we write this piece without honoring Jacques Cousteau’s most iconic fashion accessory? The wool watch cap has been used by seamen and explorers for many centuries and can be traced back to the 14th century. By the 16th century, “Monmouth caps”, named after the wool-rich town where the knitted cap was supposedly first worn, became a staple piece for soldiers, sailors and everyday workers. Known as a tuque in Canada, the essential winter accessory has also become a symbol of Canadian nationalism after Canadian rebels donned the red woolen tuque during the Patriots Wars of 1837 as a play on the French Revolution’s Phrygian cap. 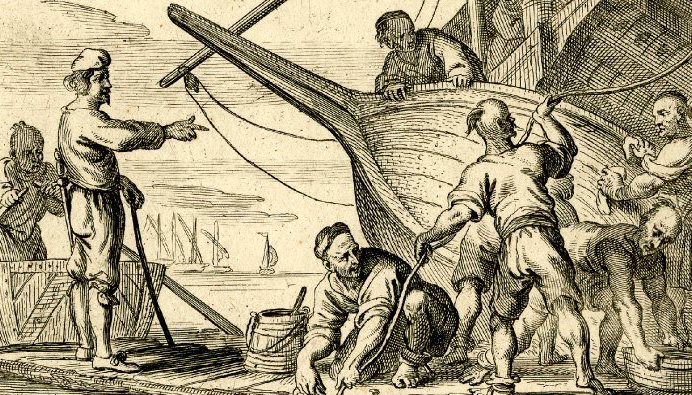 From the 20th century through today, knit caps have become an integral part of many celebrities’ wardrobe including members of U2 and Blink-182. Knitted caps have also commonly appeared in the animated series South Park. 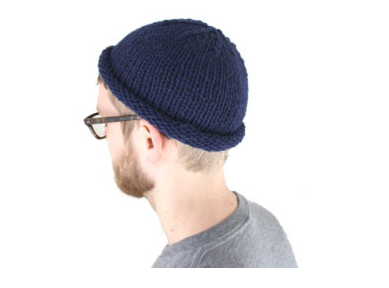 The cap’s design has remained largely unchanged since medieval times, but continues to keep us warm through the cold winter months. 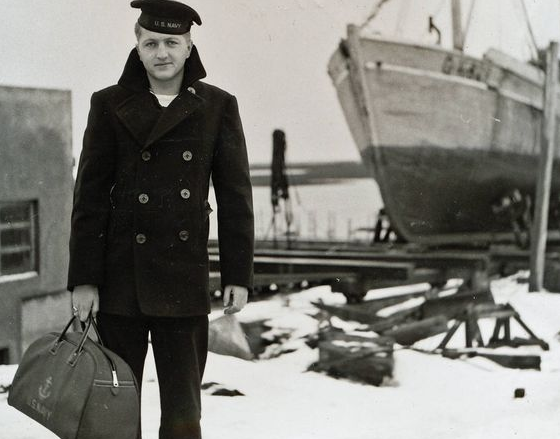 The peacoat has become another timeless and practical piece that is commonly worn in winter and cold autumn months today. Although the first variation of the peacoat was worn by the Dutch Navy in the 19th-century, the jacket was popularized by the British Navy. Originally a uniform for petty officers of the British navy, the peacoat also made its away across the Atlantic to the U.S. Navy. All three variations share a similar design and were made to help protect sailors from harsh rain, wind, and cold temperatures. The bottoms of the jackets would normally flair out to allow sailors to climb the ropes at sea easily. The double-breasted jackets also featured brass or plastic buttons with an anchor. 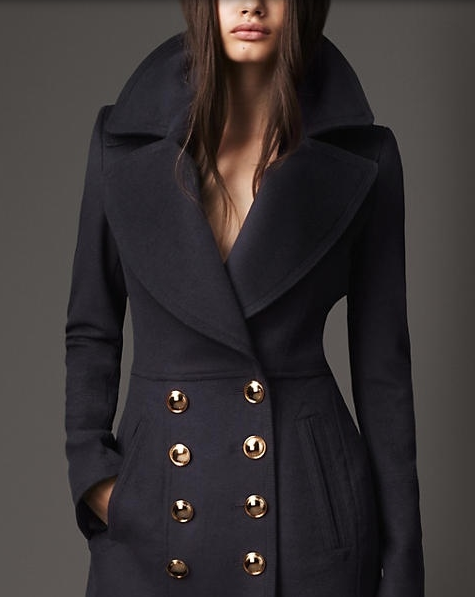 Today, the peacoat’s design have maintained their signature style. Burberry shows that some classic designs should never change.

You can find more stories about nautical style, culture and adventures on our lobster. You may want to get one of these items to take aboard on your next sailing holiday.