We’re kicking off a new blog series featuring some of the most renowned and innovative boat manufacturers around the globe. This week, we’re featuring one of our favourite catamaran manufacturers, Lagoon. Read on to see how Lagoon catamarans made it’s start from racing boats to constructing boats for the famous film, Waterworld, to establishing itself as a top manufacturer of luxury catamarans. You can book your own Lagoon for your next sailing holiday with Zizoo. 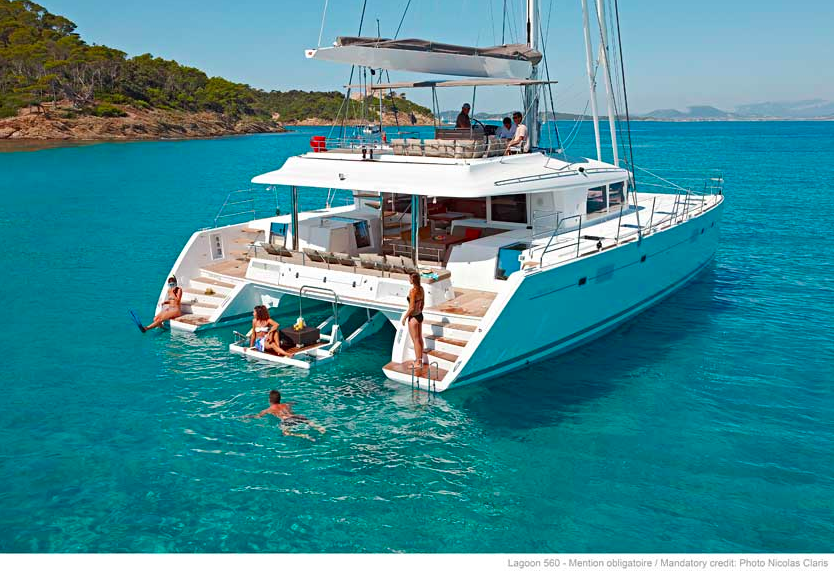 Lagoon offers a diverse range of catamarans that are famed for their high-quality design, construction and performance. Born in 1984 as a part of Jeanneau Technologies Avancees (JTA), the legendary workshop for the development of high-tech completion prototypes, Lagoon catamarans was quickly recognised for their single-hull and multi-hull off-shore racing boats.

Between 1987 and 1996, Lagoon created a huge following through their launch of a special generation of offshore cruising catamarans for both private ownership and luxury yacht chartering. The Lagoon 55, 47, 57 and 67 successfully fused JTA’s revolutionary technology for the development of racing multihulls with the comfort and openness that leisurely cruisers and holiday goers crave. Lagoon catamarans have since been sought after for their exceptional design, maneuverability and spaciousness.

JTA-Lagoon also performed exceptionally well in various competitions in the 1980s and 1990s. Check out some of their victories below:

Entering into the 21st century, Lagoon catamarans have established themselves as a leader in producing cruising cats. Some of the best design innovations of the second millennium include wide side windows offering a 360 degree view, an innovative flybridge and a hybrid engine. In fact, the Lagoon 420 Hybrid was the first serial production catamaran with a diesel-electric engine.

Today, Lagoon is a part of CNB, a division of the Beneteau Group, offering a wide range of cruising catamarans between 38-78 feet. Lagoon catamarans are designed by French naval architects VPLP (Marc Van Peteghem-Vincent Lauriot Prevost) who have worked with the manufacturer since the inception of the Lagoon 55. In addition to the trimaran which won America’s Cup in 2010, VPLP made waves nearly two decades before through their designs for two trimaran that were used for shooting the movie Waterworld starring Kevin Costner.

The most exciting edition to the Lagoon family is the Lagoon 630 MY – the ultimate luxury catamaran. In addition to comfort and excellent design, the 630 MY offers high quality performance and efficiency. In a matter of two weeks, the Lagoon 630 MY “Circumcat” completed a transatlantic crossing from the Canary Islands to Saint-Martin. Recently, we featured Nr.13, the Lagoon 630 MY in our Boat of the Week. Read more about this deluxe boat here. You can also rent the Lagoon 630 MY while sailing in Croatia exclusively through Zizoo. You can also check out our other catamarans offered in the Mediterranean and the British Virgin Islands.