Home Sailing Culture The most beautiful lighthouses in the world 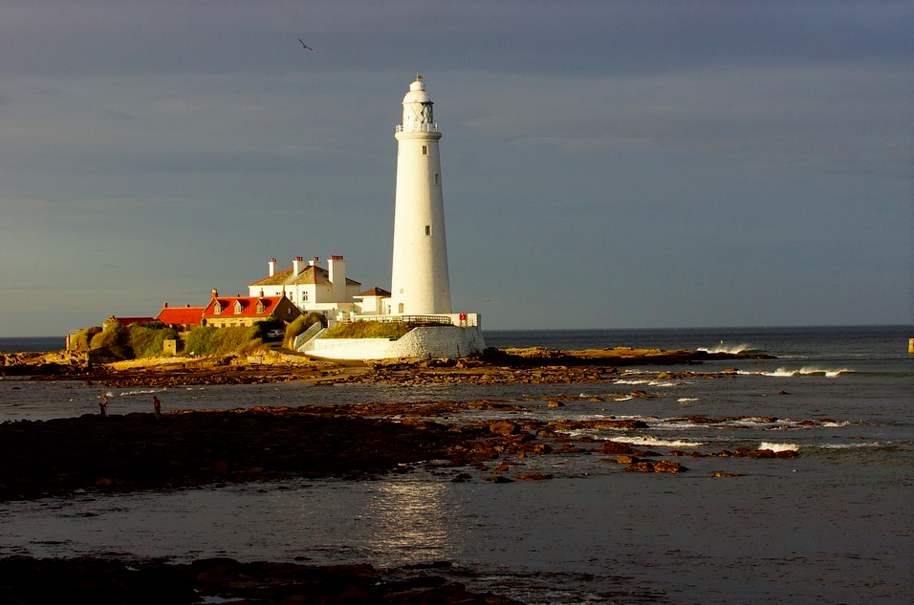 Is there anything more majestic than a lighthouse proudly perched upon the coast? A beacon of light that has served sailors in times of need and a delightful landmark for visitors travelling to various coastal destinations, lighthouses remain icons of architectural beauty and maritime travel. In honor of these charming and stoic nautical landmarks, we’ve rounded up a list of some of the most beautiful lighthouses in the world, many of which you can sail towards on your next sailing holiday with Zizoo.

The Most Beautiful Lighthouses in the World

Set upon the majestic cliffs that line the shores of South Stack Island in Wales, the South Stack lighthouse has served to warn ships passing along the Irish Sea on a notoriously dangerous route. Constructed at the beginning of the 19th century, this monumental lighthouse is still in operation and is open to the public, weather and season pending.

In La Coruña harbour, along the north-western Spain, stands a large tower that can only be described as herculean. The Tower of Hercules was first erected by the Romans in the 1st Century AD. The lighthouse remains the only fully preserved Roman lighthouse in existence that still serves maritime purposes. This unique attribute has been recognised by UNESCO, who declared the Tower of Hercules a World Heritage Site in 2009. A visit to the lighthouse should not be missed during your sailing holiday in Spain.

Amazingly, Chania lighthouse is one of the oldest in the world. Constructed around the end of the 16th century, the lighthouse’s current shape was modelled in the 19th century and was influenced by the Egyptian style (at the time, Crete was occupied by Egyptian troops). This intriguing lighthouse was fully restored in 2005, but is not open to the public. Visitors are, however, encouraged to take a walk along the path towards the lighthouse for fantastic views.

Check out the Chania lighthouse during a yacht charter in Crete. 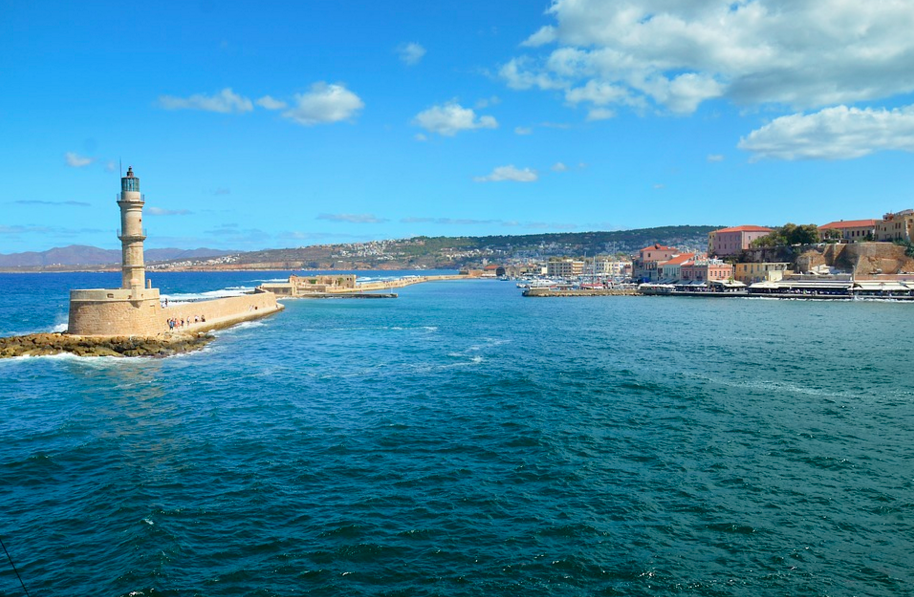 One of Germany’s most iconic nautical landmarks, the Lindau lighthouse graces the harbour entrance of Lake Constance (Bodensee in German). The lighthouse, the only one in Bavaria, was constructed between 1853 and 1856. Across from the 33-meter lighthouse is a large statue lion that nobly guards the entrance overlooking the bay. The Lindau lighthouse and lion remain two of the most photographed monuments in southern Germany. 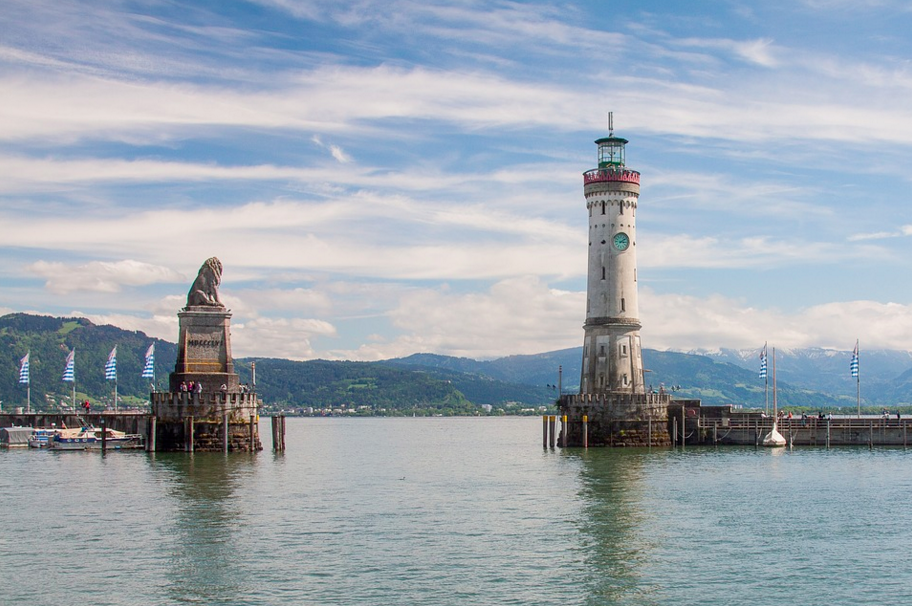 The Tourlitis lighthouse appears like something you might see in a fantasy film about wizards and magic, which is part of its appeal. The original lighthouse that once stood on the same rock pedestal was destroyed during WWII, and was replaced by present model, which has stood proudly in the Aegean Sea since the early 1990s. Check out the Tourlitis lighthouse located off the island of Andros while sailing in the Cyclades.

Another iconic landmark, the Portland Head Light stands proudly as the waves crash on the rocky coast below. Located in Cape Elizabeth in the state of Maine, Portland Head Light and the surrounding park is a must see when travelling in New England. The historic lighthouse was commissioned by George Washington and was first lit in 1791. The Portland Head Light has served as a beacon for over two centuries and is now lit by solar light. 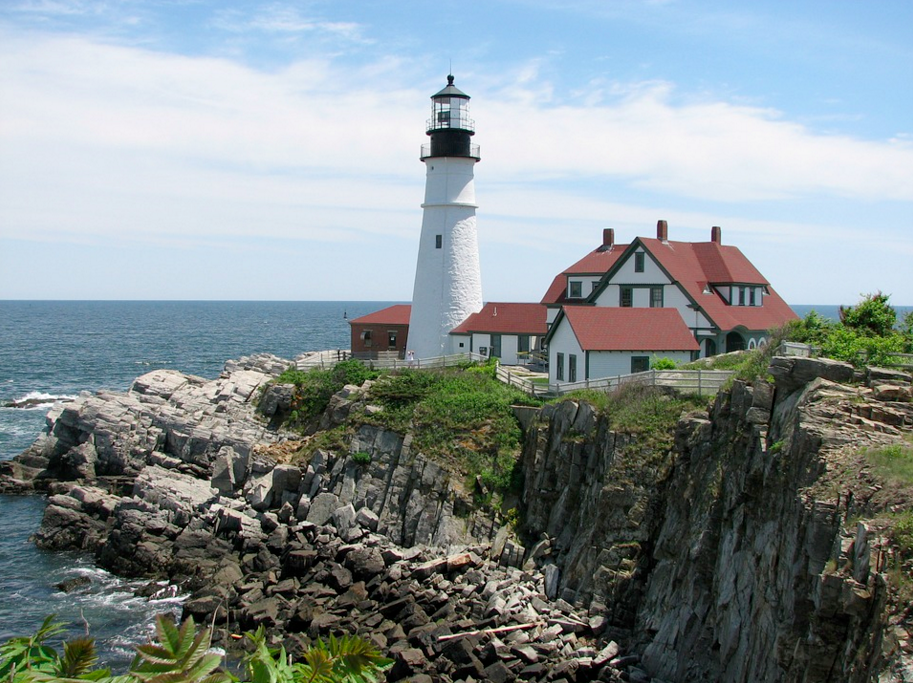 St. Mary’s lighthouse had protected sailors for nearly a century from 1898 until 1984. Though replaced by modern navigational techniques, this English lighthouse and surrounding nature reserve is now protected for its historic value and biodiversity. The lighthouse is only accessible between tides and welcomes visitors to climb its stairs for an incredible view of the sea below.

While the classic design of a lighthouse is undeniably beautiful, the creativity and innovative designs of modern day lighthouses certainly deserve attention too. If planning a sailing holiday in the Canary Islands, you won’t want to miss a chance to see Punta de Hidalgo lighthouse in Tenerife. This lighthouse deeply contrasts with its surrounding natural environment but in a completely interesting and appealing way. Punta de Hildalgo is part of a small series of modern lighthouses that were constructed on the Canary Island in the 1990s.

Add these lighthouses to your bucket list for your next sailing holiday.