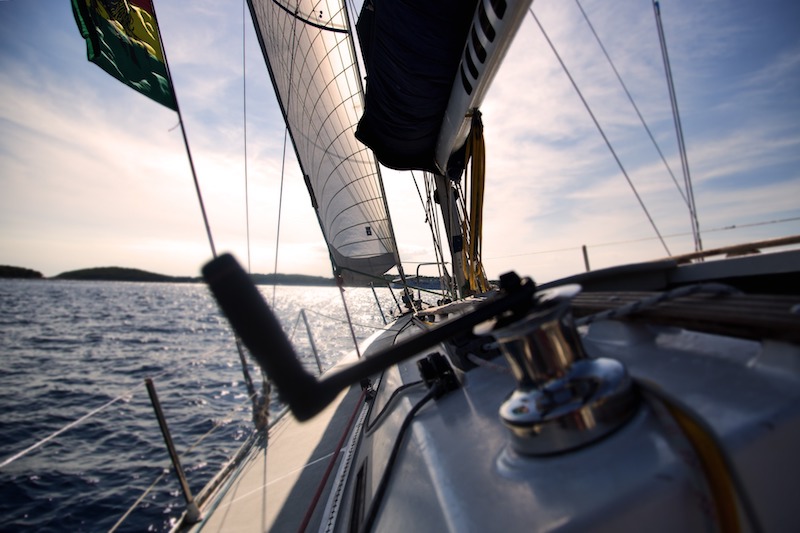 We love all things sailing, especially movies. That’s why we’ve put together a list of the top 12 best sailing movies of all time. Whether it’s brutal battles between warships or a dramatic tale of man vs sea, we’ve got it covered. Keep reading below to be inspired for your next movie night or when you just can’t seem to get off of dry land. Looking to be more than inspired? Book your next boat holiday with Zizoo. But for now, keep reading!

The Top 12 Best Sailing Movies of All Time

Captain Ron follows the misadventures of the titular character portrayed by Kurt Russell, who is hired by an upper-middle class father, Martin Harvey, to guide their yacht through the Caribbean. The voyage isn’t as straightforward as the family expects it to be, as Captain Ron appears to be incapable of actual navigation, and knows only how to steer the family into trouble.

This 1996 feature film is a favorite among all adventurists out there. Based on a true story, the narrative follows a group of school boys, who are educated on discipline and a hard work ethic aboard a ship by a strong-willed skipper. The ship eventually sets sail, but things take a violent turn when they encounter a white squall storm. The boys must then use everything that the skipper has taught them to try and survive the ordeal.

This Wes Anderson classic is one of our favourite films at Zizoo! Did you know our name is actually inspired by Steve Zissou? He is the character adaptation of Jacques-Yves Cousteau, the French oceanographer, conservationist, filmmaker, scientist, and author. The movie follows the adventure of Steve Zissou (Bill Murray), who sets out on an oceanic mission to document the destruction of the ‘jaguar shark’ that ate his partner, Esteban. It’s artsy, witty, animated, and it has an amazing soundtrack. In short, what more could you want?

Live the life aquatic, check out our Gulets!

Deep Water is a critically acclaimed documentary telling the story of the disastrous 1968 round-the-world yacht race. Battling threatening seas and psychological ruin, amateur sailor Donald Crowhurst attempts a nine-month, non-stop circumnavigation of the globe. To summarize, the results are terrifying.

Don’t be afraid of the seas, check out our amazing sailboat selection!

The African Queen is a small boat adventure film released in 1951. Humphrey Bogart won an Academy Award for Best Actor for his role in the film. Together with his co-star, Katherine Hepburn, they lead us through the African jungle, navigating through the battles of WWI. In this film, Bogart plays a rough and drunken riverboat captain, which is perfectly juxtaposed by Hepburn who is a posh, strait-laced missionary.

Prepare for your first adventure at sea with our first-timer checklist!

Between Home is a moving and poetic adventure documentary about Nick Jaffe, an amateur sailor. During the film, he attempts a solo oceanic journey from Europe to Australia. He chronicles his three-year transformation from inexperienced sailor to expert. Through scenes filmed both onboard and on dry land, we watch him battle the sea, wind, and severe isolation as he follows his dreams.

Follow your dreams, check out the best sailing destinations around the globe!

Dead Calm stars Nicole Kidman, Sam Neill, Billy Zane, and a beautiful 60 ft ketch. The film is a thriller that is sure to get your blood pumping. It was filmed almost entirely at sea in the Whitsundays Islands of Australia. The combination of dangerous sailing conditions, isolation, and the threat of a villain onboard creates a fantastic thriller film.

Sailing down under can be thrilling, check out all of our boats in Australia!

Lifeboat is a classic Alfred Hitchcock film. During WWII, in the middle of the Atlantic, a ship and a German U-boat clash and destroy each other. The group of five survivors find refuge in a lifeboat. However, trouble starts when they rescue a survivor who is in the opposition. This is a nail-biting film you don’t want to miss.

If Hitchcock doesn’t dissuade you, then read our guide to sailing the high seas!

Filmed on the island of Malta, Kon-Tiki is a historical drama based on the story of Thor Heyerdahl and his 1947 Kon-Tiki exploration expedition. It is the first time a Norwegian film has been nominated for both an Oscar and a Golden Globe Award. Still today, it is the highest grossing film in Norway. In the movie, Thor Heyerdahl sets out on his epic journey to cross the Pacific Ocean. During the course of his trip, he hopes to prove that South Americans could settle in Polynesia during pre-Columbian times. The dramatic events that follow are gripping!

Catamarans have come a long way, check out some of our best Catamaran deals!

3. Master and Commander: The Far Side of the World

Directed by the talented Peter Wier, Master and Commander: The Far Side of the World tells a dramatic story set during the Napoleonic wars. Russell Crowe plays an arrogant captain who pushes his ship and crew to their limits while attempting to capture a French warship. The action-packed battle scenes keep us on the edge of our seats. During the film, we learn stories of the men on the ship and their struggle to make it through alive.

No need to struggle at sea! Find yourself a crewed motor boat for your next holiday.

Wind tells the story of Will Parker, a sailor who tragically loses the America’s Cup race. The race is considered the world’s biggest sailing prize. After the loss, he decides to form his own crew to reclaim the prize. A mix of both adventure and romance, it’s inspired by the real events of the 1983 America’s Cup. The cast is comprised of real sailors, making the sailing scenes incredibly realistic. So, if you’re looking for some serious sailing battles this movie is for you.

Check out our boats in one of the best locations to destress and enjoy romantic beaches–the Caribbean.

Lastly, All is Lost stars Robert Redford as a solo sailor who meets disastrous circumstances out at sea. It is then that he has tiring battle fighting for his life. Man-and-boat-against-the-sea is a classic theme in sailing movies, and Redford and director J.C. Chandor do just that. The storyline is a simple yet frightening tale of a man on the water.

Solo sailors out there might want to consider taking a friendly dog with you!

Our list of the top 12 best sailing movies of all time is sure to inspire the captain in everyone. Have we missed one of your favourites? Let us know in the comments below. We’d loved to hear what you’re watching next. Feeling extra adventurous? Book a boat holiday today with Zizoo. You can be your very own lead starring in the next best sailing movie of all time.

For more information about all things nautical, check out our destination guides and our sailing routes.