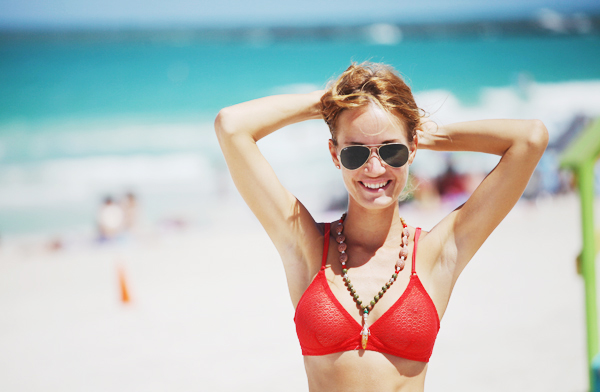 We’re very jealous as we follow their adventures sailing across the world full-time. If you’re an avid sailing enthusiast, a seaside rookie or even if you just want to look at beautiful pictures of some of the world’s most stunning holiday destinations, you’ll love our Top 10 Favourite Sailing Travel Blogs.

Alex and Taru of World Tour Stories are true travelling souls. They’ve both been exploring the globe from a very young age and, after only a few weeks of dating they decided to sail the world together. They left Spain and sailed the seas of West Africa, South America, the Caribbean and Central America, and are now posted up on their classic 43′ Halsey Herreshoff yacht in Miami, Florida. The voice of the blog comes from Taru and their clean and easy-to-read site is full of beautiful images and well-written stories of the sea. Taru says, “Having travelled the world back and forth literally since we were babies, we both know that home is not a physical place, it is merely a mental state of feeling. One needs and requires change as life evolves, and accordingly we have made a new home wherever we’ve went (travelled to 64 countries and lived in 12 thus far).”

‘From land to sea to three under three’ is a fairly accurate summary of Wind Traveler. Brittany and Scott set sail in 2010 down the east coast of the US to the Bahamas and to the Carribean before falling pregnant with their first daughter. They quickly upgraded and purchased a 1988 Brewer 44′ sailboat – and just in time, too; shortly after having their first daughter, they discovered they were pregnant again, this time with twins! They are currently cruising the US and British Virgin Islands where they plan to remain for the rest of the season. They post great photos and interesting articles full of insights into sailing full-time as a young family. Brittany says, “The truth is, there are a million reasons we are doing this – and each and every day we are learning more. If I could give a one-word answer to describe why we are doing what we are doing, it would be: freedom.” 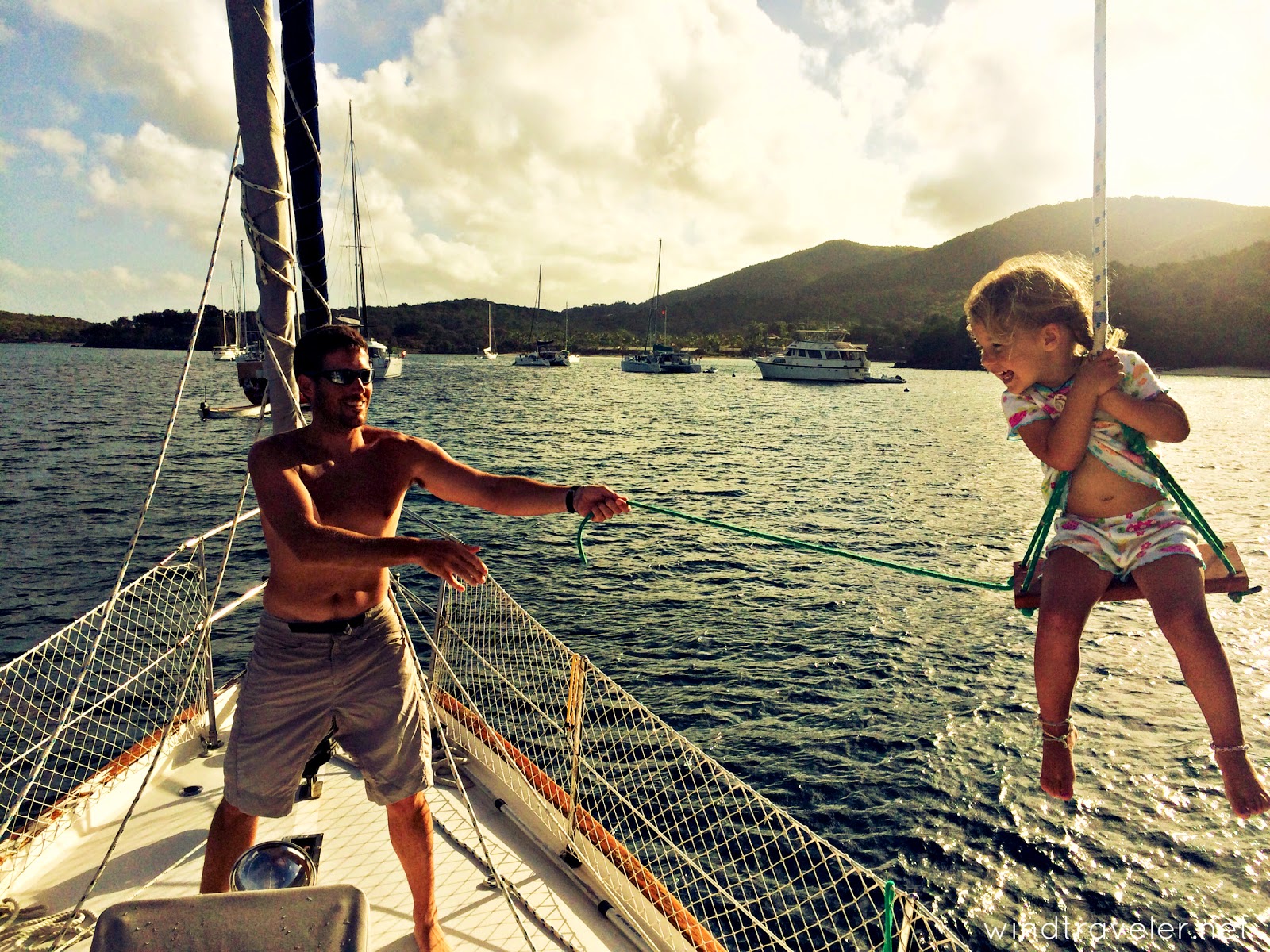 Zero to Cruising is definitely one of the most popular sailing blogs to date. Mike and Rebecca started their sailing adventure in 2008 with ‘zero’ sailing experience. They left Ontario in 2010 and, since then, they’ve documented every trip sailing their magnificent catamaran around the Caribbean. They post tonnes of great advice, beautiful pictures and stories on almost a daily basis. Mike says, “Unlike many others, Rebecca and I have no 4-year plan to circumnavigate the globe and then move on to the next big thing (we think such a plan is very cool, it’s just not what we’re up for).” For now, they’re just relaxing and enjoying the incredible journey of the sailing life. 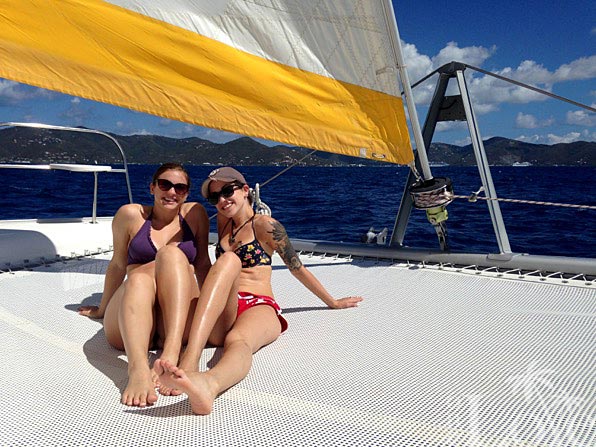 Mike, Windy and their two young daughters are the voices behind Log of s/v Del Viento. Mike and Windy met in the mid 1990’s when Windy agreed to crew Mike’s boat on his first-ever sailing trip. They’ve been together ever since. They’ve covered the west coast of the US and Mexico and are currently sailing through British Columbia. They sail a sleek Sparkman and Stephens-designed Fuji 40′, and they also detail their monthly costs for readers who are interested (most are). Mike and Windy say, “In our twenties, we traded our boat for a house and our freedom for careers. In our thirties, we lived the American dream. In our forties, we woke and traded our house for a boat and our careers for freedom. And here we are.” 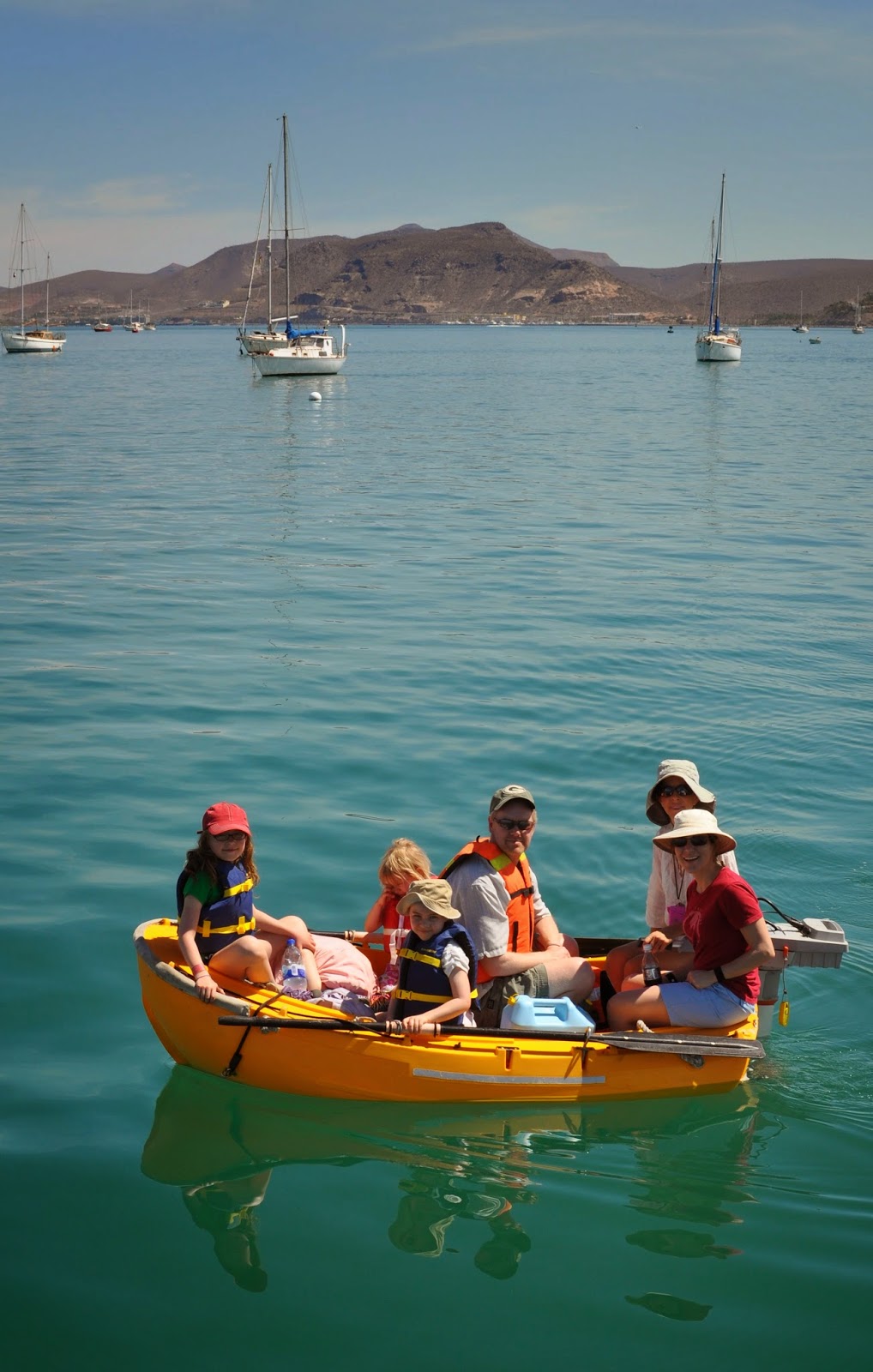 Eben and Genevieve first met when they were 18 and, after reconnecting in 2007, they knew they wanted to spend the rest of their lives sailing their 1989 41′ Morgan Classic, Necesse, around the world together. It’s Our Necessity recounts their experiences sailing full-time with two young girls. They’re currently sailing the Virgin Islands and have some great posts and photos detailing everything related to the crazy journey of living on a sailboat, including the total makeover of Necesse. Genevieve says, “Forget the saying that ‘our plans were written in the sand at low tide’, I am starting to feel like we are writing them on the waves themselves, as we can’t seem to make any plan stick for any certain amount of time.” 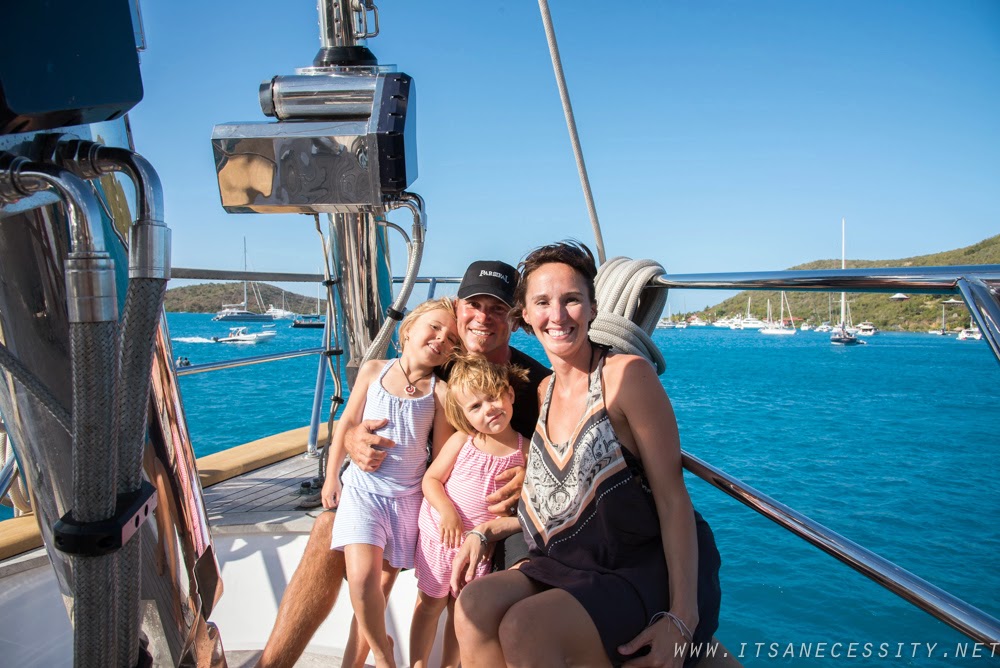 The voice behind Sailing Britican is Kim Brown. She’s a former CEO who once led a very successful corporate life but left it all to buy her dream yacht and sail around the world with her husband and daughter. Kim and her family sail a 56′ Oyster yacht named Britican – a combination of BRITish and amerICAN (her husband is British and she is American). In her posts, Kim details everything related to life on a sailboat – from how to make money when sailing to her favourite destinations around the world – and she’s very honest about it. When speaking of leaving her job for the sailing life, Kim says, “I understood more about who I was, what I wanted and how I wanted to go forward through the rest of my life. My main objective was to enjoy the journey – to increase my overall fulfilment of life.” 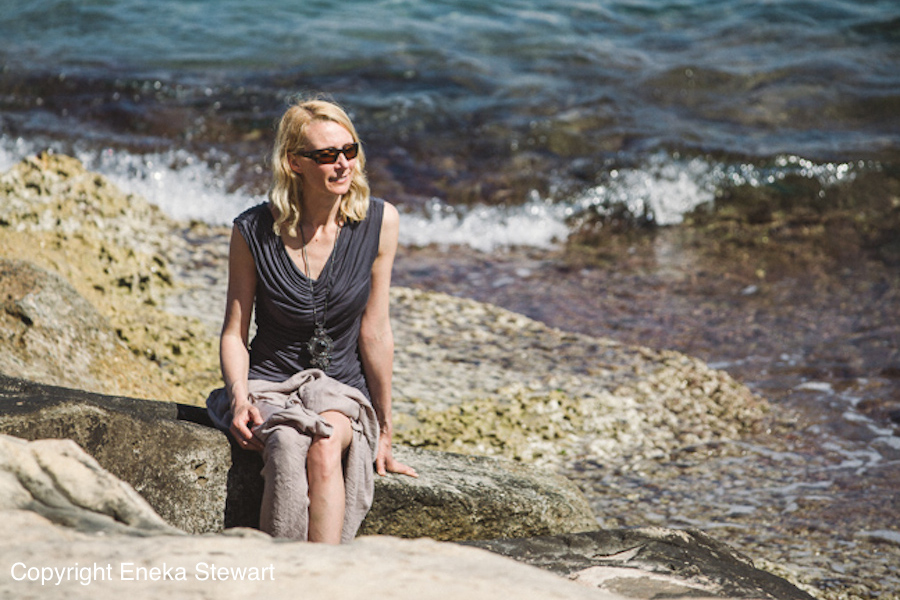 Turf to Surf is written by Tasha, a woman who has seen more of the world than most people will in their lifetime. Tasha is a wonderful writer and loves to introduce the international nomads she meets along her journey of life on a sailboat. Along with her partner, Ryan, she has a passion for teaching English, exploring the world, keeping fit and, of course, sailing her Catalina 34′, Hideaway. Tasha says, “My love of stories drives me to write. My love of adrenalin drives me to chase adventures. These two things, stirred together, have cooked up this travel blog aimed at bringing you tales spun from dusty roads and unforgiving seas.” 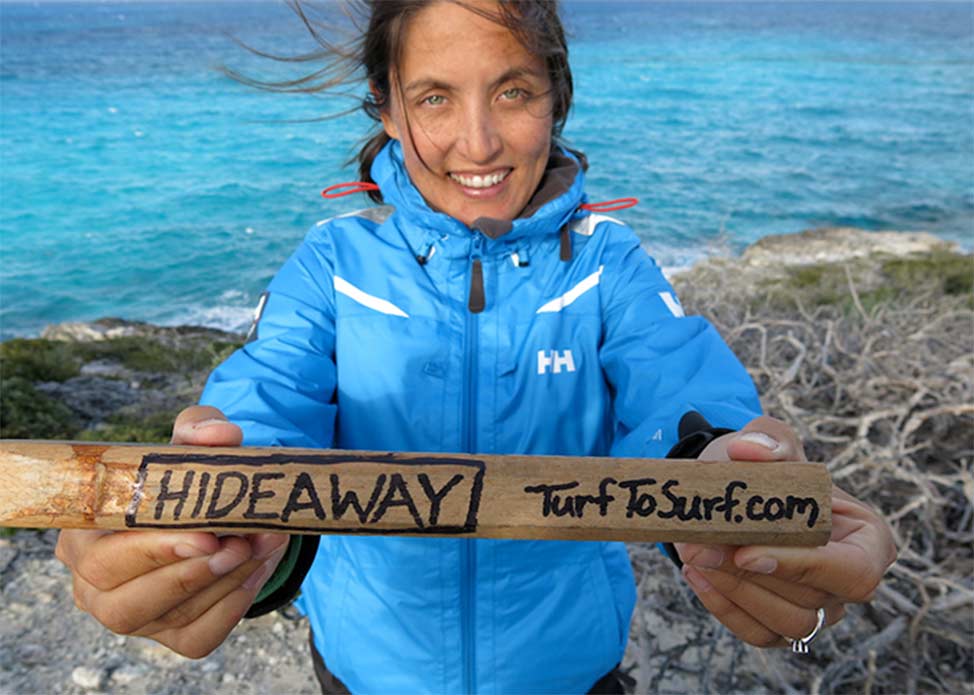 Matt and Jessica have been sailing full-time since 2011 on their Sabre 34′ Targa named Serendipity. Over the past two years they’ve sailed down the east coast of the US, spent time in the Bahamas, Cuba, Central America, and crossed the Atlantic twice in 2014. Jessica posts stunning photos of all their destinations and writes interesting articles detailing every aspect of their somewhat unusual journey (they had an unfortunate accident in St. Augustine last year that left them unable to cruise and with a lot of repairs!). Jessica says, “One thing is for sure, we can never rely on plans and new adventures are always waiting around the corner for us.” 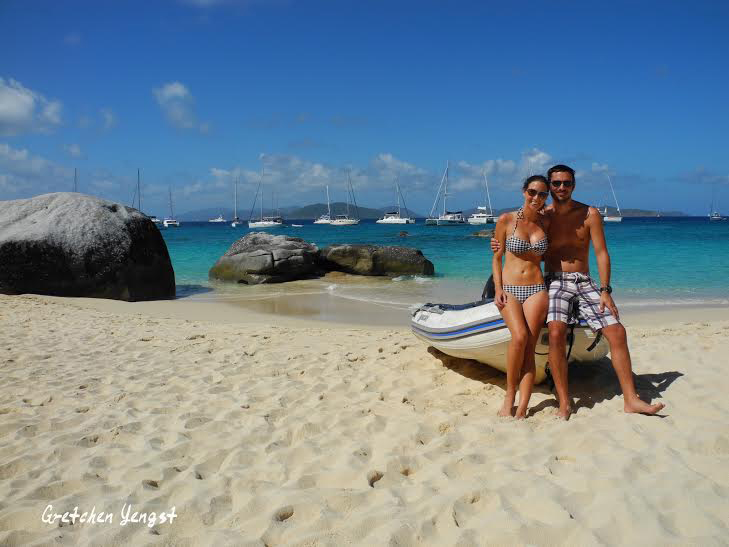 Stephanie and Brian of Sailing Detour sail a 2001 Alliage 41’ named Detour, and have been exploring Barcelona, Spain and continuing southwesterly along the Spanish coastline. Brian is the ‘Captain’ and he transformed Detour into a home before the couple moved aboard in June, 2012. Stephanie is the ship’s ‘Communications Officer’, keeping in touch with family and friends and sharing their adventure through the lobster. Stephanie says, “Brian and I LOVE sailing; absolutely! We want to re-position ourselves for the summer sailing season so that we can explore an area which we find most intriguing – Northern Europe.”

The couple behind Mondo Vacilando, Melody and Chris, are a creative, work-while-living-the-dream type couple, and their sailing stories are certainly one of a kind. Chris is a singer/songwriter and Melody is a computer nerd, writer and jewellery designer, and they sail the world on their 1984 Cal 35’ called Vacilando. Melody says about their blog, “This is the story about a man, a woman, a dog, and a journey. We sold our house to move aboard our 35′ sailboat in search of adventure, simplicity, and the freedom that comes with finding both.” 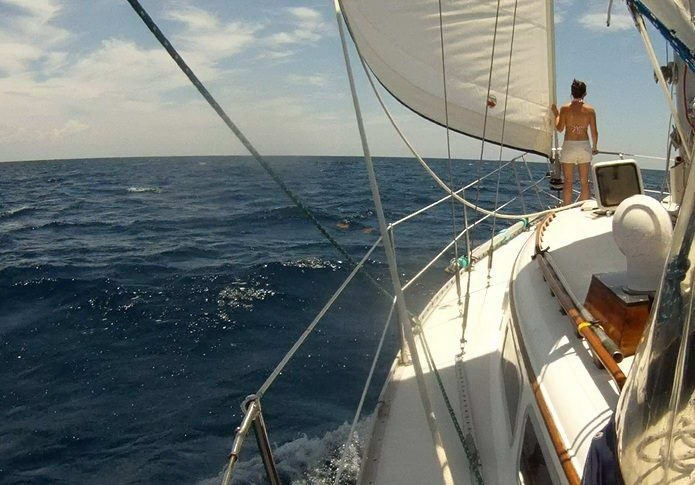 So, there you have it! If you’re looking for a sailing journey to follow in 2015, or something to inspire you to book your dream sailing holiday, these sailing and travel blogs are our top picks. Live your life vicariously through theirs, or book now and stop dreaming – the choice is yours!

The Zizoo Guide to Sailing for Beginners